What do you get from Xtra Pc? 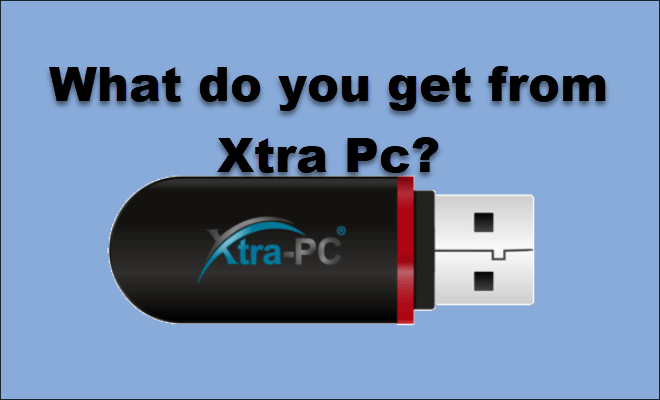 You may have come across an ad or a review of a device called Xtra PC and it sounded appealing, maybe too good to be true? If that’s the case, it’s good that you kept researching about it, because that’s the only way you’ll know if you are up for trying it out.

This article will help you decide Xtra PC is for you or not. It will provide you a digested summary of the product review, according to reviewsdir, an independent software, and device reviewing organization.

What is Xtra PC?

Xtra PC is used in case a computer device lacks a hard drive or it’s gotten too slow for robust and common operating systems like Windows or macOS. The purpose of the Xtra PC is to boost the speed of an old computer by making it run on a less demanding operating system.

What do you need to use Xtra PC?

To use Xtra PC, you don’t need much. Some would say you’d need less than it usually takes to run a computer. Any computer that has an option to boot from a USB (most devices do if they are made after 2012), can utilize the features of Xtra PC.

Since the device boots the operating system from itself, even the PCs that don’t have a functional hard disk can run the operating system. The USB device comes with some extra space depending on the model, so you can use that space to save some of the work you’ve been doing.

Since the operating system is used to communicate across the components of a device, even if you don’t have a hard disk, you can use an external hard disk or another USB storage device (if there are multiple USB ports) to store the data you modified, created, downloaded, etc.

What benefits does a device get with Xtra PC?

There are several benefits related to using the Xtra PC USB device. One of these benefits is that the operating system is much less demanding than the common operating systems. This leaves a lot of computational power for other tasks. The result is faster browser opening, web-page opening, faster program and app opening, and performance.[adsense]

The other benefit is that Xtra PC does not to be related to a single device. The way that Xtra PC works are that you plug it in a device, run the boot screen, and choose the device to boot with Xtra PC. This means it can be used on any device that meets the requirements. This way you can theoretically have a pocket personal computer that you can run on any PC device. If your Xtra PC has extra memory, you can save your work and always carry it with you.

How do you install Xtra PC?

Installing Xtra PC is not very difficult. If your computer is already running, you can plug in the USB device and run the installation process by entering the USB folder and running the program.

If your PC is not running, simply plug in the Xtra PC USB device to a USB port, turn on the device, and keep pressing the designated key that will take you to the boot screen.

Next
Unleash the full Netflix potential