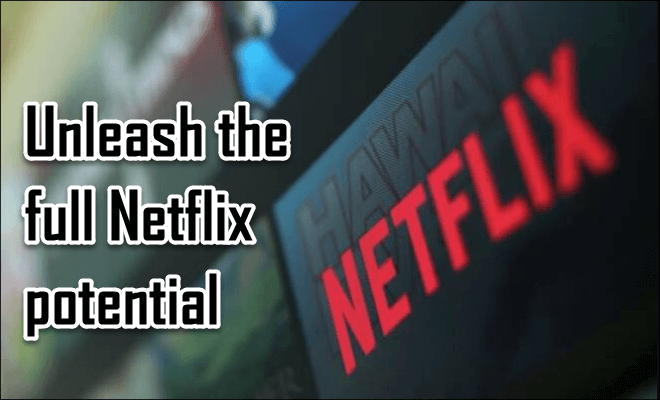 If you’ve been using Netflix or other similar video-streaming services for a while, you might have noticed that it isn’t as awesome and as promising as you would have hoped for. Has it happened to you that you hear that a new episode of a show you want to watch is on, say, May 5th, but when you try to play it, the service doesn’t allow you? “This content is unavailable in your region” it might say, or something similar.

In this article we will discuss why this happens and since we know all too well that it is a bummer, it will answer how this can be solved.

We all feel that the Internet is one thing, right? It kind of makes sense, we call it the Inter-network, or the Web. But, this is only half-true. Even though almost every part of the web is kind of connected, the Internet has to follow some rules of the physical world.

For example, data has to travel through cables, or satellites. These cables or satellites are then connected to some servers. And servers are just big computers with a lot of memory and processing powers. Now, these servers are actually in a certain country, and within that country particular laws govern the activity of its residents.

Our computers and mobile devices are also physical things with us as their owners, and we with them reside in a certain country, with certain laws. These laws also apply to companies and corporations, they regulate them, and protect them.

Geography of the Internet

While we can access almost any commercial and public server on the Internet, we can’t access to any content on the Internet. There may be several reasons:

-The content is illegal in the country we are virtually registered

-A company who owns the content lacks distributors in the region we are at, so they don’t allow it to be used for free

Which Students and Universities are Eligible For Benevolent Fund Stipend

In case of the streaming services like Netflix, all this puts pressure on these services to place geographical restrictions in order to comply with: a) the companies and corporations that created the shows and movies, and b) the government and companies of the countries you are at. Different country – different rules.

How can we solve this problem?

In order to get around this problem, there are several options.

The first and the most straightforward option is to get out of your country and go to another which has different rules and restrictions. If you can’t watch the Twilight Saga in Turkey, head to the UK where it’s available. This brings obvious inconveniences since you can’t simply fly from Turkey to the UK on the weekends for a few hours just to watch an episode or two of a show.[adsense]

Previous
What do you get from Xtra Pc?

Next
Importance of using a VPN in the internet age