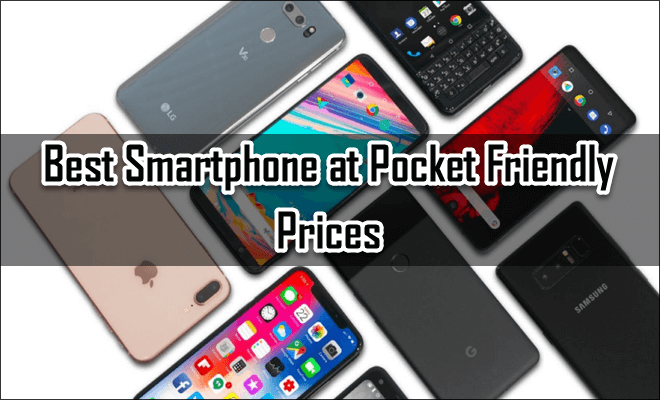 Earlier this year, it was reported that more than 500 million Indians now own a smartphone, and the number is expected to cross 700 million within the next two years, and close to a billion smartphone users by 2023. These numbers are staggering, especially considering the fact that less than 10 years ago, there were only 44 million smartphone users (during Q4 of 2012). Back then, India was the fifth largest smartphone market globally, but now has catapulted to number two.

India as a market is extremely lucrative, regardless of the industry, as there are nearly 1.4 billion people currently living in the country. That number is astounding, but it also makes India the preferred destination for new players, especially in the consumer electronics segment. With the majority of the people either belonging to middle-class or low-income groups, there is always going to be a massive demand for budget-friendly smartphones. Brands like Xiaomi and Realme studied the market, and understood the need of the hour before entering the Indian smartphone market, which allowed them to gain a strong foothold within just one or two years.

If you’re searching for the best smartphone currently available that comes with an affordable price tag, here are some of the latest mobile phones you can purchase.

This new mobile phone’s price is less than Rs. 15,000, and it is arguably the best smartphone under 15,000 INR. Narzo 20 Pro is also one of the best gaming phones in the budget segment, and is powered by the MediaTek Helio G95 octa-core processor, and comes with 6GB RAM, which ensures that the smartphone performs optimally without any lags.

This smartphone flaunts a 6.5-inch IPS LCD screen, and has a refresh rate of 90Hz, which is perfect for heavy gaming. Coming to its cameras, the smartphone packs a quad-rear camera array with a 48MP primary sensor, and houses a 16MP selfie camera, allowing you to take stunning photos. Last but not least, the device packs a 4,500mAh battery under the hood, and supports Super Dart Charging, which allows you to charge up your phone within a short period.

You cannot have a list of the best budget smartphones without mentioning Xiaomi’s offerings. The Redmi Note 9 Pro is powered by the mid-range Qualcomm Snapdragon 720G octa-core processor, and comes with 4GB RAM, which lets you multitask with ease, and switch between different apps without any issues.

The smartphone also flaunts a 6.67-inch IPS LCD display, and packs a quad-rear camera set-up with a stunning 48MP primary sensor, along with a 16MP front camera to boot. Furthermore, this is one of the few phones at this price point that offers a massive 5,020mAh battery, and also supports Fast Charging.

A 90Hz refresh rate, 6.5-inch IPS LCD display, and a whopping 64MP quad-rear camera make this one of the best smartphones from Realme in the budget segment. Powered by the Qualcomm Snapdragon 662 octa-core processor, Realme 7i is a steal at its current price. For selfie enthusiasts, this smartphone houses an impressive 16MP front camera, while it packs 4GB RAM, which is more than enough to let you accomplish all your tasks without any hassles.

Part of the popular M-series, Galaxy M21 by Samsung is yet another stellar smartphone that has all the attributes of a mid-range smartphone, but is offered in the budget segment. Powered by Samsung’s Exynos 9 octa-core processor, this device packs 4GB RAM, and flaunts a mesmerizing 6.4-inch Super AMOLED display.

It also boasts of a triple-rear camera array with a 48MP primary sensor, and comes with a 20MP front camera, letting you take crystal clear photos and videos with incredible clarity and detail. Arguably the best feature of this smartphone is its battery, as the phone houses a mammoth 6,000mAh battery under the hood — something Samsung takes great pride in.[adsense]

If you’re looking for the best phone under 15000, then you don’t have to look beyond Realme Narzo 10A. This smartphone packs 4GB RAM and 64GB internal memory, which is expandable up to 256GB via microSD card. Coming to the cameras, this smartphone houses a triple-rear camera set-up, with a 12MP primary shooter, and a 5MP front camera, which is an impressive combination given the phone’s price tag.

Narzo 10A houses an impressive 5,000mAh battery under the hood, while being powered by the gaming-centric MediaTek Helio G70 octa-core processor, along with the Mali-G52 GPU. If you want to buy a new smartphone, you don’t have to worry about paying the entire cost upfront. Instead, use the Bajaj Finserv EMI Network Card to divide the cost of the smartphone into easy EMIs, with flexible tenors ranging from 3-24 months.

Previous
Identifying And Rectifying Your Own Legacy IT

Next
5 Ways to Get Better at Rainbow Six Siege