All You Need To Know About NDA 2021 Exam 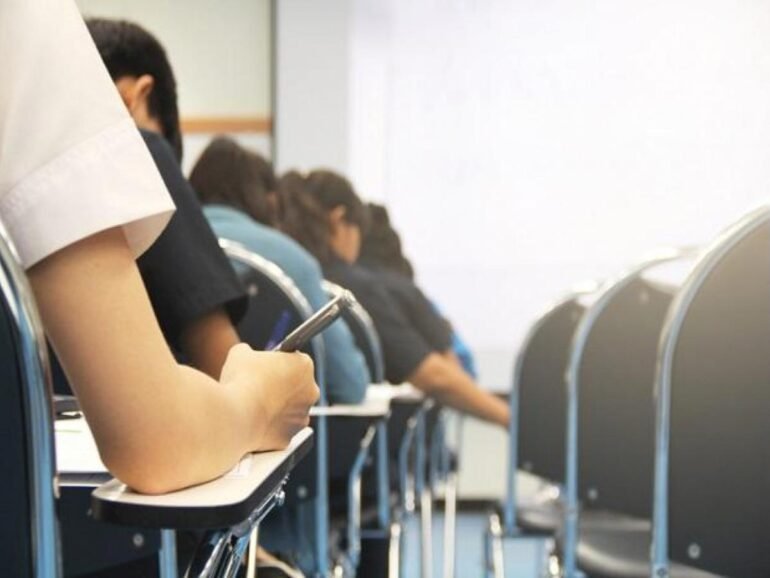 “Humara Bhi Ladka Sena me Jayega” (our child shall also participate in the army) has been a motive of many Indian parents for a long period of time. There was a different level of passion when it came to being a part of the Indian army in the people of the earlier times especially during the Indian Independence struggle Period. In recent times, that means the lockdown of 2020-2021 many movies and series relating to the Indian army and other defence forces came to rise in the Indian entertainment industry. Some examples of them are Shershah, Uri-the surgical strike, The pride of India, Sam Bahadur, Kesari, The forgotten Army, etc. These films imbibed a sense of inspiration and motivation among the Indian youth and encouraged them to participate in the Indian Defence forces. Many people nowadays both girls and boys are actively choosing a career in the Indian Defence forces. These forces are divided into three parts which are Army, Navy and Air Force. One can be a part of any one of the above forces by attaining the respective qualifications and examinations. The most important thing that one needs to inherit to be a part of the defence of any country is the values of discipline, passion, perseverance and sacrifice. With true passion, one can imbibe all these values into themselves over time effortlessly and by consistent practice. It is obvious that there is physical training involved in this and one needs to train really hard to get the fitness of that peak.

Not only physical fitness and training but mental training and toughness is also crucial. Not only your ability to run for long hours and ability to lift heavy and keep up with that stamina is needed but also your quick thinking and your decision-making ability is needed. For getting into any of these three forces, one needs to attend the NDA i.e National Defence Academy, examinations that are conducted through the UPSC examinations by the government of India.

The NDA examinations offer some of the topmost posts in India. This exam is extremely reputed and is conducted only two times a year and is only one of its kind in the entire world. It is also called the tri-service academy. Some important information regarding the NDA examination can be explained as follows:

Exams can also be given in the same year as your 12th board examination year.

The age limit of the candidate is supposed to be a minimum of 16.5 years and a maximum of 19 years.

There will be a number of physical fitness tests conducted following the examination.

The syllabus may or may not get revised every year. All the candidates must go through the NDA Syllabus 2021 PDF before appearing for the exam. As such, check out the NDA syllabus 2021:

Algebra comprises concepts like sets, Venn diagrams, the presentation of real numbers on the line, complex numbers, a Binary system of numbers arithmetic, geometric and harmonic progression, solution of linear inequalities of two variables by graphs, logarithms and their applications etc.

Consists of matrices and determinant types of matrices, operations on matrices, determinant of a matrix, basic properties of determinants, add joint an inverse of a square, matrix application solution of a system of linear equations trigonometry.

1.’A’ section consists of questions based on English and is of 200 marks, the topics included in this are grammar and usage, vocabulary and Comprehension.

And section B consists of general knowledge questions and its maximum marks are 400. They consist of topics like

Physics physical properties and states of matter, mass, weight, volume, density at specific gravity, the motion of objects, velocity and acceleration, laws of motion, for some momentum, light etc.

Physical and chemical changes, elements, mixtures and compounds, symbols, formula and simple chemical equations, preparation and properties of various compounds, the structure of the atom, etc.

Difference between living and nonliving, Growth and reproduction in plants and animals, Elementary knowledge of the human body and its organs, food source of energy for men, constituents of food balanced diet, solar system etc.

Survey of Indian history with an emphasis on culture and civilization, the freedom movement in India, the study of Indian constitution and administration knowledge about Rajya Sabha, Vidhan Sabha, Renaissance war, Independence of America, French revolution, the industrial revolution, Russian revolution etc.

The earth and its shape and size, latitudes and longitudes, the concept of time, movements of the earth and its effects original of earth rocks, ocean currents, tides, atmosphere and its composition, cyclones, humidity, condensation and precipitation, types of climates, natural vegetation, mineral and power resources, agricultural and industrial activities.

Next
How To Smartly Prepare For The NEET Exam?