Top Releases With Which Microgaming Closed 2021 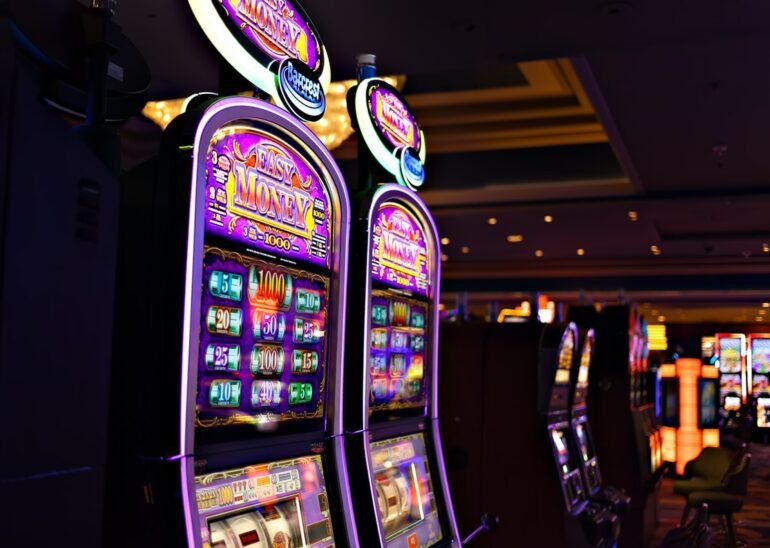 The year 2021 is over and maybe it wouldn’t be bad to sum it up or at least conclude it with the achievements of a gaming Behemoth from the Isle of Man, Microgaming. It has prepared a lot of new releases in December for slot fans in which they’ll enjoy.

Players expected a diverse range of themes, features, game mechanics, and jackpots. That’s what they got! Microgaming partners have done their best to deliver high-quality content, and many new launches have the potential to hit the market in 2022 as well.

A Month Filled With Excitement

Snowborn Games takes players to the Highlands, where four cat clans fight to win. The game, dubbed “Cat Clans”, will have you join the Mac Cattus clan and demonstrate your mastery of “Wild” multiplier combos. The free spins round contains sticky “Wilds” and can bring payouts up to 20,000x the bet. But it’s the clan battle bonus that gives you the opportunity to help your clan defeat everyone else by collecting “Golden Paws”.

Then it’s time to get over the rainbow in a new SpinPlay slot called Amazing Link Riches. Players can benefit from free spins, “pick me” games, various cash prizes, and the exciting mechanic “Amazing Link”. In theory, you can win 6 lucky four-leaf clovers to unleash the power of “Amazing Link” and increase your winning potential. Fill all 15 positions with clover to claim a prize of 5,000x your stake.

Neon Valley Studios launched the Arctic Enchantress last December. The game boasts cool “Link & Win” mechanics, a free spin bonus round, portrait jokers, and 243 different ways to win at every spin. But that’s not all, as pushing “Wilds” and the new “Column Boost” feature further contribute to the gain. “Win Booster” improves the chances of activating the “Link & Win” feature and can help players get the most out of it.

Santa and Just to Win present gifts earlier this year in the new Plenty of Presents slot. With “Wilds” multipliers, free spins, and jackpots of up to 25,000x bets, this Christmas-themed slot is ready to create a joyful environment. Santa Claus appears on the reels as “Scatter” symbols, bringing up to 30 spins whenever the bonus round is activated.

The Fun Doesn’t Stop There

Slingshot Studios combines science fiction and ancient Egyptian mythology in Links of Ra. The exciting game hides many riches, and it’s up to the players to discover them. In addition to stunning visuals, players can expect proven “Link & Win” mechanics, free spins, multiple cash prizes, and super-stacked symbols with ancient gods.

In the new Empire Shields game, Gong Gaming Technologies has planned an epic showdown. “Charged Toppers” is the main selling point of the slot, as they activate additional “Wilds”, multipliers, extended “Wilds”, and the double drum option. “Toppers” also move one square to the left per spin, giving players a variety of methods to maximize the game’s potential.

The Book of Mrs Claus brings the magic of the North Pole to the rings. Exclusively developed by Aurum Signature Studios, the slot is packed with holiday pleasures such as symbols that spread during free spins and allow players to spin individual reels to win extra winnings.

Pulse 8 Studios adds Fortune Rush to the Microgaming portfolio. Watch out for any symbol that pays off, as 3 or more landings on the rings trigger a reversal. Another potentially very useful feature is “Lucky Draw”, where you get 3 reps for a bigger win.

Golden Hook from Crazy Tooth Studio comes with “WinCREASE” mechanics, multipliers, and a randomly activated “Golden Hook” bonus feature. The game offers plenty of rewards, with numerous opportunities to grab one of them.

Christmas in Papertown and Show Scratcher are two new seasonal slots from Gamevy and Hacksaw Gaming.

With so many new releases coming out in one month, it’s easy to see why Microgaming is one of the leading names in online gambling. There’s no doubt that the company will keep its reputation and keep its offer fresh and innovative. We looked forward to seeing all of these games in action and playing them at online casinos, as well as playing slots of numerous other developers, who partnered up with the most reputable software providers in casinos, such are the top QuickSpin online casinos at TopCasinoExpert.com.

December has always been a cool time of the year, but thanks to Microgaming, the atmosphere was surely warmed up in online casinos run by a software vendor.

Next
How To Get More Patients With Social Media Marketing For Dentists?