Why Some Reality Cooking Shows Have Their Own Mobile Games 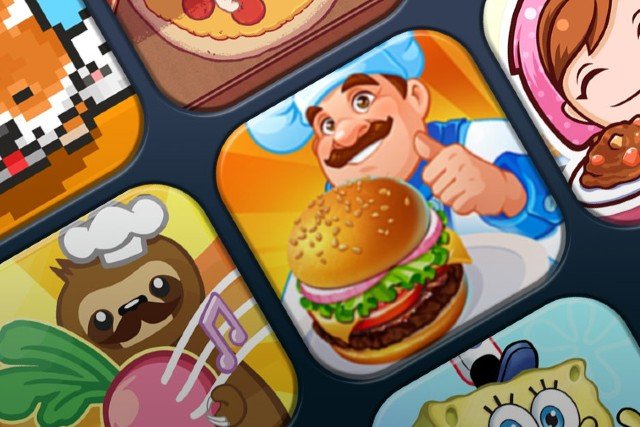 No matter how successful a show might be, all shows have to come to an end at some point. If the show is all there is, the interest in the content goes down exponentially once the show is no longer on the air. You might have seen a lot of different things inspired by various reality cooking shows appear on store shelves everywhere, especially when a show is either at the height of its popularity or just about to air its last episode. This is to take attention away from searching is Kitchen Nightmares scripted and instead turns the viewer’s attention to how the legacy of the show will continue. Mobile games are just another option for the show to take advantage of.

If you have ever wondered what it would be like to be on your favorite reality cooking show, you are not alone. A lot of fans are very invested in their shows, and the mobile games that are based on the shows, even loosely, bring sort of an immersive experience to the fans outside of the show. While not everyone can be on the show, the mobile games sometimes come really close to the real thing depending on the spin that the makers of the show want to put on the game.

For instance, if the show wants to incorporate the service aspect of the show, you might find yourself looking at a reality cooking show’s new food serving games. If you decide to play those games, you might find yourself doing a double-take. The games are modeled after the cooking shows for a reason, and that means that your head chef might look like the real head chef on the show. You might also be in charge of cooking dishes that have been featured on the show, as well as possibly face elimination rounds. There are a lot of possibilities, and with every new favorite cooking show, you know that there is a good chance that you will eventually get a new mobile game with it.

Provides an Opportunity to Get New Fans

There are a lot of people who play games, from kids to the elderly. However, if someone is introduced to a cooking show mobile game, they may find themselves wanting to learn how to cook or try out new recipes in real life, having received inspiration from that game. One of the best things that a game can do is show how people can apply the skills they learn in the game to what they do in the real world. Learning these skills and feeling accomplished when those skills are applied properly results in a larger fanbase of the game, and of the show it is based on.

A lot of cooking show-inspired mobile games have recipes in them that you can try out in your kitchen at home, and the mobile games also provide a safe environment for you to practice your craft in. For instance, if you have a recipe that you would absolutely love to try bringing to life, you have the ability to make the dish in the mobile game so you can familiarize yourself with the tools and techniques needed to make it properly. You can then move to your own kitchen, where you will feel more confident than if you had just found the recipe online and decided to give it a go.

AVG Antivirus Pro Is The Most Comprehensive Security For Android

It can be fun to be able to play a game inspired by your favorite shows, and reality cooking shows are no different. Keep these reasons in mind as you open your app store, and keep an eye out for your next favorite mobile game. If you cannot find one, do not worry. One will be created before you know it.

Previous
Why Should Start-Ups And Businesses In Dubai Outsource HR Services?

Next
Know What Neurons Do in the Body