Why Invest In Arqit Quantum 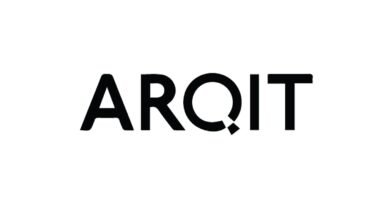 If you’re an investor who likes paying attention to the latest tech developments and getting your shares bought during the early days of a tech that’s just on the cusp of exploding, you’ve landed on the right blog.

While it’s always a gamble with newer companies and no one can fully predict outcomes, educated gambles are often where the largest investment growth comes to fruition.

Right now, my bullish tech pick of 2022 is a company whose financials are hardly ground-breaking, but one offering tech that will soon be so necessary, investing in it seems the only sensible choice.

Let’s take a look at Arqit Quantum, Inc., the brainchild of a team of satellite gurus, the father of SSL and former security heads at British Intelligence’s GCHQ.

The stuff under the hood at the British company is simple: cyber security and quantum encryption that’s safe against all current types of cyber attacks, but also against quantum computers. Using symmetric encryption (two private keys, as opposed to one public and one private) will be a sure-fire way to protect against quantum computers, but previously, the question of how to deliver the private keys in a scalable way was a baffling one. That’s where satellite delivery comes in. Arqit plans to construct and launch two quantum encryption satellites with Virgin Orbit in 2023 to protect against growing hacking threats.

And as everyone who’s anyone has pointed out, PKI is an outdated method that will be rendered obsolete as soon as these computers are available to governments.

Arqit CEO David Williams perhaps put it best in the company’s 2021 fiscal year-end report, saying: “The trends which underpin the need for Arqit’s products continue to grow. Instability of the current PKI infrastructure persists. The acceleration of the development and capabilities of quantum computers is profound (e.g. IBM’s recent announcement of a 127-qubit quantum processor).

“As a result, we find that every major potential customer is now well aware of the scale of the problem and the unsuitability of alternatives. So-called Post Quantum Algorithms are not definitively quantum safe, are too burdensome for operations on small devices and will take a decade to implement. By contrast, Arqit’s lite software agent inserts keys into the AES256 architecture which is already standardized in all of the world’s major software systems, making our product not only quantum safe but also simple to deploy.”

I’ve updated and expanded the compelling investment case from Arqit’s website and here is why I think Arqit is a goer you should buy into:

While Arqit may not be pulling in the big numbers, I’d rather see a tech company slowly, surely and confidently completing its takeover rather than rushing in foolishly and letting shareholders down later. If the big players in government, tech, defence and aerospace believe in Arqit’s tech and vision, it’s only a matter of time before they really take off. And I, for one, want a seat aboard that shuttle.

Previous
Legal And Illegal Aspects Or Conditions Of Surrogacy Sough

Next
6 Reasons Why You Should Create Memories With Your Kids