What is VPN blocking and how to get rid of it? 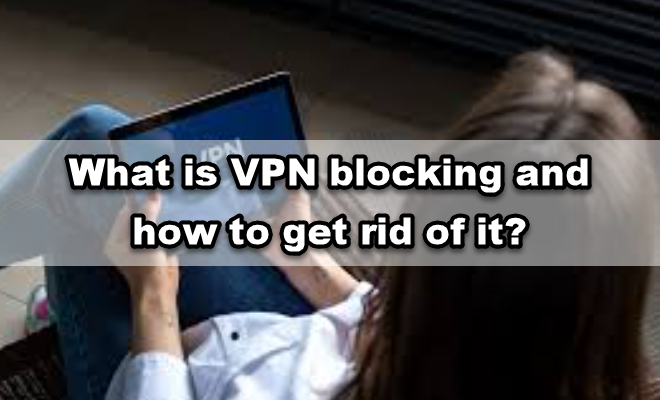 If you had talked about VPN a few years ago, it might have kept your eyes rolling. But today, VPN is a thing, not only used by organizations and corporations but extensively used by everyone around us. Website unblocker prevents websites from accessing your IP address providing a more secured and encrypted connection. But what if the tool designed to protect you and safeguard your information is detected and blocked? This is called VPN blocking and is a serious concern among users.

Reasons for VPN to get blocked

Now that you wonder when VPN is meant to offer a more secure internet connection, why is it blocked? The answer is that there are multiple reasons for it. For instance, a website falls under government censorship and is completely restricted to the users. Hence when you use a thebestvpn to access this website, it blocks the VPN and prevents you from accessing it. Not only this, but major streaming platforms like Netflix, Hulu, Hotstar, etc., have placed geo-restrictions. When you try to access data on these platforms using a VPN, it immediately blocks it from tuning in. Similarly, internet service providers also limit the use of VPN to prevent copyright infringement.

How to get past VPN blockers?

Here are a few tricks to make your VPN undetectable if your VPN is blocked for any of the reasons mentioned above.

While your ports are monitored, the simple trick of evading detection is switching your ports. There are multiple VPNs available that provide you the service. However, here’s how you can manage it manually:

-Direct VPN traffic to port 443 since most HTTPS traffic is directed toward this port. For instance: If you are shopping online and ready to check and enter your personal details like card number, you’ll be directed to the HTTP site. It’s great to change your VPN traffic to this post as it is less likely to get blocked because the traffic from all the secure websites is routed through this port.

-Likewise, Port 80 is also used for encrypted traffic and is hardly blocked.

2.Switch to another server

Switching to another server is also a great way to get rid of VPN blocking. If a VPN has a large server network, you can disconnect one server and connect to another. Often VPNs provide regular IP refreshing, which makes it difficult for all the leading streaming platforms to detect all the IP addresses.

Hence, choose a VPN provider which has a large server count and prevents you from blocking. Additionally, check if the VPN provider helps you with unlimited server switching.

Facebook’s Data Center, Where Your Photos And Videos Are All Stored

3.Switch to other security protocols

To prevent your VPN from blocking or getting detected, you can change security protocols. Two different protocols are often provided, such as PPTP or L2TP/IPSec. The former isn’t recommended since it is considered to be less secure. But the latter, L2TP protocol, when combined with IPSec, offers you a more secure connection and prevents your VPN from getting detected.[adsense]

There are multiple VPNs available that provide you unrestricted access to your favorite content. To make sure that the VPN doesn’t get blocked or is detectable, you have to choose a high-quality provider. Look for VPN providers that offer features like obfuscated VPN servers, security protocols, and the ability to switch multiple servers. Yes, it is hard to find a VPN server with all these features, but without these, your data and information stored can be easily detected.

Previous
Importance of using a VPN in the internet age

Next
Benefits of Hiring a Workers’ Compensation Attorney