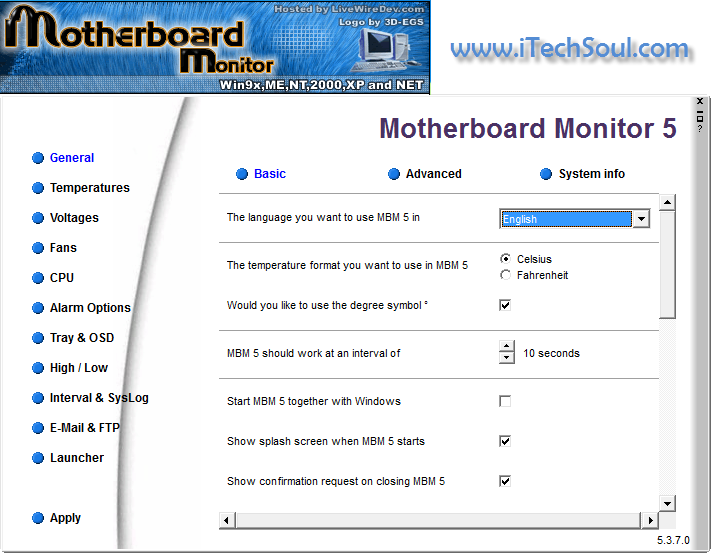 Motherboard Monitor by Alexander Van Kaam is a Great utility for Microsoft Windows that provides live information about the state of a motherboard and other hardware, including temperatures, voltages, fan speeds, and more. Developer introduce this utility fist time in 2004 and then Initial release was adding slightly more compatibility with new motherboards in January 21, 1998 with added compatibility with Intel’s Core/Core2/Core i7 Digital Thermal Sensors via a plugin.

[adsense]Current alternatives to Motherboard Monitor include Speed Fan and Core Temp (Core Temp uses Install HQ to install, which installs additional bundled software). Choose ‘Compatibility’ Option If You see the NAG Screen at the time of the Installation For Win Vista & Up. If you like this freeware program then donate (mbm@livewiredev.com) and support Developers.

Previous
Brief Introduction And Structure Of The Microsoft.NET Framework 4