The Ups And Downs Of Ripple: The Reasons For The Rapid Growth 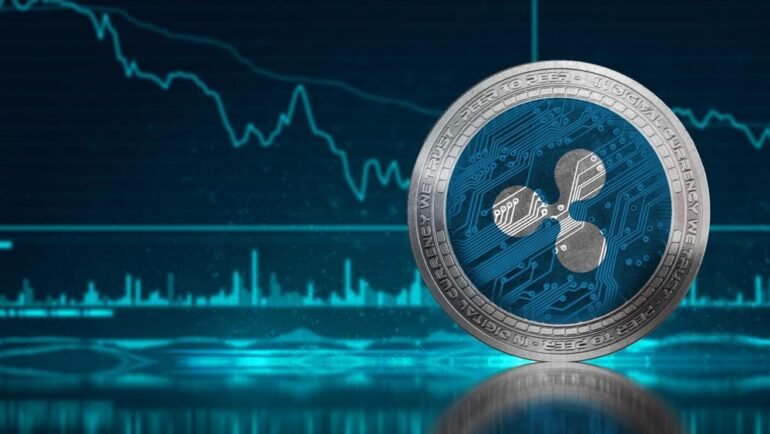 The path of cryptocurrency has been a long and winding one. There were a lot of twists and turns people did not expect. Most people would not have predicted that the term “cryptocurrency” would be a household term 5 years back. The paradigm shift in the concept of currency has paved the path for the development of newer avenues. The possibility of a future where FIAT currency is rarely used cannot be denied. The holding of cryptocurrency has led experienced investors to believe that the future of the global economy is digital. With this view, there were a few brilliant minds partnerships who figured that cryptocurrency was a way forward and should be regulated and be the bridge between conventional currency and cryptocurrency. This sentiment was the underlying reason for the launch of Ripple.

The beginning and the current standing of Ripple

Ripple was launched in 2012 and has been streamlining the use of cryptocurrency. The emphasis on creating and nurturing them to gain customers, especially with financial institutions has been a goal Ripple has been focused on. Ripple is a cryptocurrency and a payment platform used for transactions. A lot of trading websites use Ripple and XRP interchangeably, however, they are not the same. The list of international banks that support Ripple is growing by the day. The elevated usage of the Ripple payment system will ensure the value of this cryptocurrency grows. Ripple is with the top 10 cryptocurrencies of the world like Bitcoin and Ethereum at a mere fraction of their value. Ripple price is affected by the utility and sheer volume of usage of Ripple, which makes it a valuable asset to have.

2020 was a tough year for Ripple due to the drop in prices and yet it was successful in the market. In this year, Ripple saw a high of 159.63 rupees and a low of 14.28 rupees. The value of this cryptocurrency is gaining momentum again steadily. The lowest recorded price in the month of October 2021 is 70.78 rupees. That is a sizable jump from where it started at the beginning of the year.

The difference between Ripple and XRP

Websites often use Ripple and XRP interchangeably. However, that is not the correct way. Ripple is a software company that creates payments solutions and is backed by a big team of professionals that work on them. A lot of banks are using the payment platform and XRP is the digital token given out by this company. This company holds the maximum supply of tokens and can sell them to create a profit for Ripple. XRP was created before Ripple Labs and they were given 80 percent of the tokens to start with. These tokens cannot be mined and are centrally controlled. XRP is used for transferring funds and eliminating the transaction fees and reducing the time taken. The FIAT currency is first converted into XRP instead of USD and then converted from XRP to USD. XRP charges a fee to the user. XRP is bought for FIAT and is sold to convert it to FIAT at the other end. There are nominal fees for the service but it is much cheaper than opening accounts to facilitate cross-border payments and giving out the transfer fees. This is particularly helpful for businesses that are just starting and do not have many funds to spare.

Although they are not the same, the price of XRP depends upon the success of Ripple. By design, every transaction results in the destruction of a small amount, which reduces the supply, and the demand remains the same or increases. The XRP to INR value is expected to remain the same or go higher for a very long time.

The future of Ripple

Ripple can function as a company without XRP. In fact, you don’t even need XRP to use Ripple payment solutions. Ripple has 2 products xCurrent and xRapid for cross-border funds transfers. The current system can take up to days to settle the transfers in real-time. xCurrent, on the other hand, takes just a few seconds. However, if you use XRP, then the exchange is cheaper and faster. The future for this cryptocurrency seems bright. Those looking to invest in Ripple should not expect immediate returns and think of trading in months or years.

The use of XRP for smarter business is a boon many companies have realized. The scope of business opens up and the entire globe is your marketplace. There has been some debate regarding the cryptocurrency status of Ripple. There are 3 parameters which will go on to decide. The use of cryptography for verifying transactions, decentralized system, and no central or regulating authority. XRP ticks all those boxes.

Ripple is a great investment as suggested by most experts, but the value is only expected to increase after a long time. If you are looking to invest in Ripple, you buy it in India on the most trusted exchange platform, CoinSwitch. You can enjoy the advantages of a dynamic app that guides you on where to invest your money as well as assists you while doing so.

Next
9 Essential Features to Look for in Freelance Apps