The Best Tech Out There For Your Entertainment 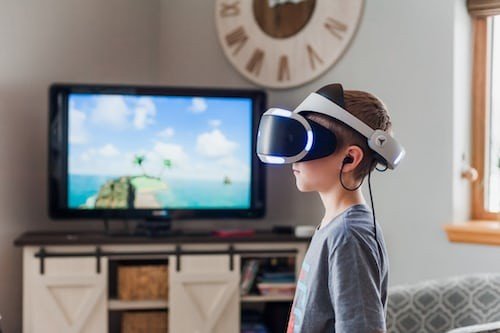 Entertainment comes in many shapes and forms, from simple yet sophisticated art to immersive video games.

The reason entertainment is needed and is important in our lives is not only because we have the opportunity to entertain ourselves more, but also because we need some forms of escapism from our boring day-to-day lives.

In our day and age, the best way to transport ourselves into this creative universe is through technology, and here are the best things to help you achieve just that.

This line of TV from the brand Hisense is an Amazon Exclusive release and it will blow your eyes right out of their sockets with the crisp video quality it provides within its 43-inch length.

The Hisense 43AE7000FTUK has a 4k HDR display with quad-core picture processing power. This means the colors feel much more saturated, especially the blacks (which are everywhere, especially in cinematic films).

Thanks to its four cores, the whites are also more vivid, resulting in a hyper-realistic contrast in motion pictures, allowing for anyone watching TV to fully immerse themselves into their media even more.

The Hisense has DTS Studio Sound for its built-in speakers, which has balanced bass and high tones for not having a soundbar or surround-sound speaker system.

This TV is also a smart TV, so you have easy access to Netflix, Youtube, Hulu, and so on. In addition to easy internet outlet access, you also get voice commands thanks to Alexa compatibility.

To connect these useful features the Hisense has WiFi, ethernet, HDMI, USB, and Audio output ports for your every need.

Nintendo came out with the Switch OLED in 2021, after the normal Nintendo Switch, and if it is your first time buying a Switch, the OLED version is your best bet.

The Switch has many fun games that are on the casual side, and most of them can be played with a friend as well, thanks to the two side controllers you can detach from the Switch screen handheld and connect to your television.

The screen resolution is 1080p when it is docked, whereas it becomes only 720p when the Switch is in handheld mode, and it is 7 inches in length.

The screen on this new handheld from Nintendo is tons better than the older one, with deeper blacks and a more vibrant picture thanks to the larger screen size.

It also comes with a kickstand that has been improved to be lengthier and sturdier, the dock has a built-in port for ethernet now, and crisper-sounding speakers to add to your casual gaming experience.

Overall, if you aren’t a serious gamer, like more casual and classic games, this console is for you to give you that much-needed casual game entertainment.

On the note of handheld consoles, the Steam Deck meets the true expectations of all gamers more than the Nintendo Switch does thanks to its gamer PC qualities.

Valve, the maker of this console, made this handheld just as powerful as a proper PC and is probably the most innovative way to game within the past decade. So far, the end-product hasn’t been released, but we will be talking about the specs in betas so far.

There are three versions you can buy of this console, with the best having 512GB of memory, an NVMe SSD, and anti-glare glass with amazing RDNA 2 graphics.

All versions will have strong hardware, a 7-inch IPS touchscreen, a battery that will have a 2 hours to 8 hours estimated life depending on the game, and USB-C, WiFi 5, BT5.0, a 3.5mm audio jack, and MicroSD connectivity.

10 Clicker Games That Won’t Let You Get Bored

For the gaming being done, you will have the choice between analog sticks, D-pads, a haptically enhanced dual-touch pad (which users of the Steam Controller will appreciate), and to top it all off, some onboard gyro controls.

Those controls mean any type of game will result in a fun experience, especially driving games with the gyro controls.

The game library will be the same as you can find on Steam, and the experience you will get will be comfortable, yet similar to PC gaming, so if you are into this as a hobby, buckle up!

The Sony SRSRA5000 is a premium-built speaker that will make listening to music a whole new experience thanks to the seven driver units that are built within its shell.

This speaker is not only WiFi, Bluetooth, and NFC connectible, but it also has an extremely crisp resolution for its sound. The bass is also something notable since it does add a very high-quality rumbling, unlike many other speakers.

The speaker has Alexa and Google Assistant connectivity as well.

When switching between songs, the speaker calibrates the sound automatically to not surprise listeners with any stark noise.

Overall, if you love music, this piece of tech will entertain you and your ears for sure.

No matter what your hobbies are and what entertainment you prefer, the above-listed options are a selection of the best things for you, so make sure to check them out.