PUBG Mobile to Make a Comeback in India Soon 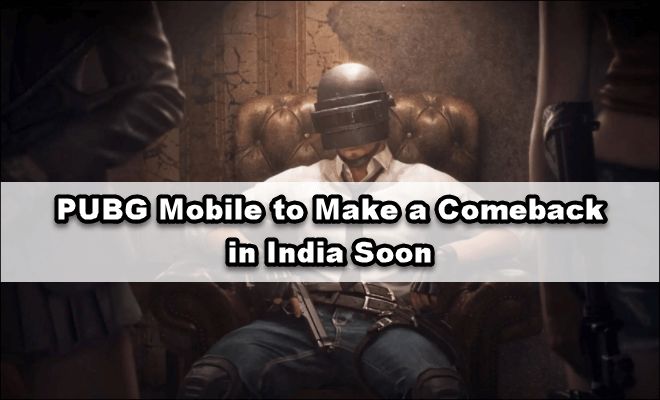 Last year the government of India banned PUBG due to security and privacy reasons, even though India has one of the largest PUBG mobile community with millions of players actively playing the game for years now. But the IT ministry of India listed PUBG amongst the 118 apps and games to be banned, which was major set back for all the PUBG players in India as well as PUBG itself.

There were a lot of rumors circling around the country for a while regarding the comeback of PUBG to India but none of them seem to come true until an announcement was made by Krafton, that a region-specific version of the game is in the works and will soon be released, which sure pumped up every Indian gamer as their favorite game was coming back with features specifically designed for their country.

But what exactly do we know about PUBG Mobile India and how soon can we expect to see the players getting their hands on it? Well, let’s find out:

What Can We Expect from PUBG Mobile India?

There were quite some issues that lead to the ban of one of the most popular game in the country which immensely affected PUBG’s player-base and so it makes sense that PUBG is making changes to meet the government’s requirement for it to be allowed in the market again unless you are not an Indian and get benefit from these great deals on PUBG mobile account.

And so PUBG Mobile India is specifically design to include changes in privacy of the users in India as the main priority with several other changes to the game as confirmed by Krafton. As far as we know these are the changes that the players should expect from the game.

Although, these changes aren’t major as far as the gameplay of the game is concerned but they sure impact the privacy of the users:

Krafton’s announcement regarding the Indian version of PUBG also came with trailer that featured some of the prominent gaming stars of India including Dynamo and Kronten, which finally gave the players a hope for the revival of PUBG. However, the South Korean company didn’t reveal any date for the release of this region-specific version of PUBG, which kind of left the fans disappointed and hanging in between.[adsense]

Best Android Games For Kids Love To Play All Time

But on the bright side, Krafton did announce that they will be officially investing hundreds of millions of dollars to promote the E-sports in India, which is surely going to positively impact the upcoming title. But till then, the gamers in India are keeping themselves busy in Garena Free Fire, speaking off which, check out some of these awesome deals on Free Fire accounts and Items that you can buy for cheap.

The Indian gamers however, have mixed reactions about these features but I guess we will have to wait to see how this plays out after the release of PUBG Mobile India.

Previous
Betting in Hockey – How to Bet Like a Pro

Next
4 Reasons To Use a VPN