Is There a History Involved in Slot Machine Games? 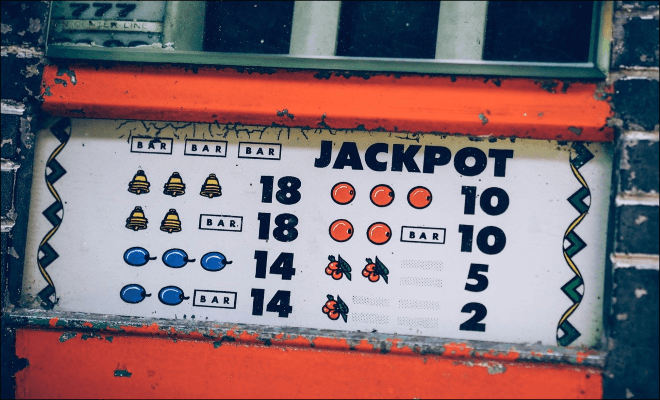 Slot machines that you can access directly from your mobile, laptop or physically are perhaps the most cherished of all gambling games currently being played in the world. These magnificent machines are simple to use and can produce some of the highest payouts ever registered in gambling history.

So the question is if there is a history associated with the slot machines, or what’s the story of these incredible virtual machines we have today? And the answer is. Indeed, slot machines have a rich history, starting with the first slot machine ever built by Charles Fey.

Slots story began in 1895 when a California brassed car mechanic named Charles Fey invented the first-ever mechanical slot machine. The game featured three reels and five symbols; Diamonds, Spades, Horse Shoe and a Liberty Bell. Liberty Bell was also the name given by Charles Fey to his new invention. The bell machines became an instant hit, and within a few years, hundreds of copies were developed and installed all over the United States.

The first-ever video slot was built in 1976 by a Las Vegas-based company called Fortune Coins. The company used a coloured Sony Trinitron colour receiver for display and logic boards to handle the slots functionalities. The game was first displayed in the Las Vegas Hilton Hotel and became extremely popular within the gambling circles. The ITG later purchased the technology in 1978.

The online slots appeared on the scene in 1994 with the emergence of the first-ever online casino. In association with the Cryptologic, Microgaming were the first software developers to publish a virtual online game. Soon gaming giants like Playtech, Pragmatic Gaming, and RTG or Real Time Gaming started to appear. By the year 2,000, more than 200 online casinos were operating with more than 500 online slots. At the dawn of the new century and with the improvement in Internet speeds, the popularity of online casinos and slots surged aggressively. Within a few years, there was a whole army of software developers, publishing new places almost every week.

The first mobile slot ever built was Pub Fruity, a three-reel fruit machine developed none other than Microgaming in 2005. However, the natural emergence of mobile slots in 2007, after Steve Jobs released the first iPhone. This release changed the whole concept of mobile gaming as it now had a robust and interactive device to play with which. Besides, they also had direct access to an entirely new market. Things kicked off when HTC decided to release the first-ever Android smartphone in September 2023. And since it was impossible to keep track of the mobile slots as there were so many releases in a short period. Now after almost a decade, there are more mobile slot players than there are land-based casino players.[adsense]

Why Are Online Casinos Seeing Increased Traffic in Countries Like Pakistan?

Why are Slots Called Slot Machines or Fruit Machines?

The term “slot machine” is derived from the coin slots provided on the machines for inserting coins and retrieving payouts. These games are also called the fruit machines due to the symbols of apples, cherries, and grapes that appear on the reels of classic slots. Other names used for the slots are One Arm Bandits (due to the spin leaver or arm that classic slots used to have), Pokies (A name used in Australia that originated from Poker Machines), Puggy(Used in Scotland and refers to an organ grinder machine), Liberty Bells (Refers to first mechanical slot ever built).

Next
Low vs. Medium vs. High Variance Slot Games