How Secure Are VPNs & What Benefits Do They Have? 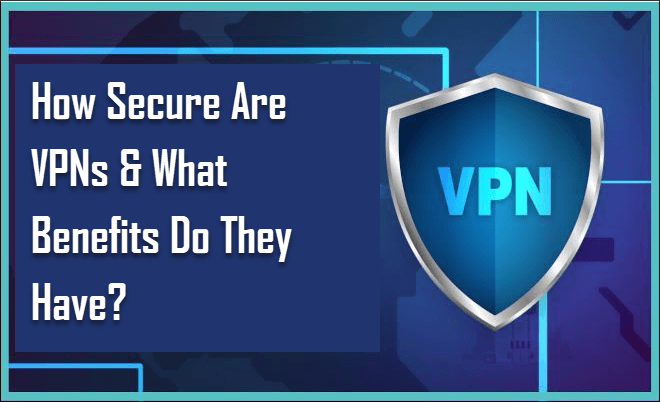 Using a reliable virtual private network (VPN) can be a safe way to browse the internet. VPN security is increasingly being used to prevent data from being snooped on by government agencies and major corporations or to access blocked websites.

VPN security enables users to protect their online privacy and prevent their internet service provider (ISP) from tracking their browsing activity. It works by connecting a user’s device to the VPN server, then passing their internet traffic through the VPN provider’s internet connection. Debesetvpn hides browsing information and makes it more difficult for bad actors to gather or monitor the user’s online activity.

That depends on a provider that ensures online privacy, provides transparent privacy policies, fixes data leaks, and does not track its users. A secure VPN tool contains the following features, among others:

Internet Protocol (IP) address leak prevention: The core purpose of a VPN is to hide or disguise a user’s IP address and prevent anyone from tracking their online activity.

No information logging: No-log VPNs do not collect, or log, data that users share on the network, such as login credentials, files they download, and their search history. This is key to ensuring users’ online privacy and protecting their anonymity from other internet users.

Multi-factor authentication (MFA): Any VPN program should be as secure as possible to ensure that only authorized users can gain access to it. MFA enables a user to prove their identity, that they are who they say they are, before they are given access to the VPN.

The protocol that negotiates the connection from your computer to the data centre makes the difference. The point-to-point tunnelling protocol — an early and popular option for the situation described above — doesn’t offer any additional encryption to your connection. OpenVPN is the go-to protocol for most providers. It still negotiates a remote connection to a network of servers, but it adds a layer of encryption on top of that.  Other benefits include:

Public Wi-Fi is mostly free and is easily available, but there are several security threats  associated with it like data breaches and attacking malware. These include packet sniffers (your browsing is unencrypted, and unencrypted radio waves can be picked up by anyone), falling into phishing scams via fake Wi-Fi connections, and being hacked or infected with malware – malware from one laptop in the coffee shop could find its way to your device via the router. These security threats make it completely unsafe for personal and business use. It is impossible to avoid using public Wi-Fi in various situations, especially if you are away from your hometown and state or are residing in a place that has exorbitant charges for private internet connection. In these cases, VPN comes to your rescue as it provides you a safe and secure tunnel for your online activities and also disguises your identity while using public Wi-Fi.

Both chat and voice communication online are open to interception and being heard or read unless specifically encrypted. Voice over Internet Protocol (VoIP) communication is especially vulnerable to prying ears. Using a VPN for these services will automatically protect against snoops due to their inherent encryption and keep the messaging and calls private.[adsense]

VPNs can open up versions of streaming services that are not usually available in all countries. BBC iplayer, for example, is only available in the UK, so one can potentially access their content using a VPN with a server based in the UK. The same for Netflix shows which might not normally be accessible in the US, but can be by circumventing the access by using a VPN.

Previous
Is Using a VPN For Crypto Trading Worthwhile?

Next
TikTok an influential mode of Digital Marketing