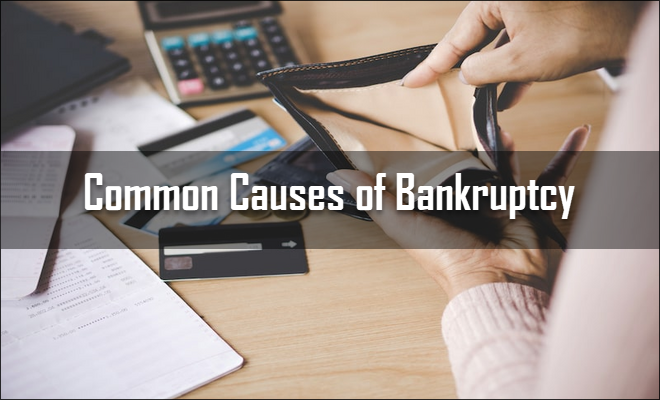 A 2019 American Journal of Public Health publication showed that 66.5% of bankruptcies in the United States were the result of medical issues like being incapable of paying high bills or the result of time lost from employment.

Serious or rare or diseases and injuries result in and individual incurring hundreds of thousands of dollars in medical bills—bills that can devour savings and retirement accounts, home equity, college education funds, and savings. Retirement planning companies are in place to help aging workers plan for their future and ensure that unforeseen circumstances do not result in financial ruin.

Statistics show that debt-consolidation plans generally fail for numerous reasons, and frequently only delay filing of bankruptcy. Home-equity loans can be good solution for unsecured debt, but once it is depleted, a reckless borrower can face losing their home if they cannot make that payment as well. You can learn how does credit repair work if you have a very bad debt situation.

CNBC reports an estimated 530,000 families in the U.S. resort to bankruptcy annually because of medical matters and bills. Virtually every economist has noted the Affordable Care Act has done nothing to slow medical related bankruptcies.

An American Journal of Public Health article noted that, “Despite gains in coverage and access to care from the ACA, our findings suggest that it did not change the proportion of bankruptcies with medical causes.”

Additionally, another AJPH editorial offered these sobering words, stating that, “although these reforms [the Affordable Care Act] might attenuate the risk of medical bankruptcy, increasing medical costs and stagnant incomes could have the opposite effect.”

Until there is a fundamental shift in how Americans think about debt, savings, and expecting the unexpected, medical debt is liable to remain the number one reason for bankruptcy for a long time to come.

Whether the result of resignation, a layoff, or termination, the loss of a steady paycheck from a job can be equally destructive. Some people are lucky enough to be given severance packages, being let go without prior notice is all too prevalent.

When there is not an adequate emergency fund to pull from only, credit card debt becomes suddenly disastrous. According to Bankrate’s 2019 Financial Security Index Poll, about 30 percent of Americans have no emergency savings on hand to help shield them from the financial crisis of job loss.

When a person loses their job, they are often hit with the cost of COBRA insurance. Out of work Americans unable to find similar rewarding employment for an extended time often can’t recover from their lack of income in time to keep stave off the creditors.

Excessive and/or Poor Use of Credit

For some reason, there are people who have problems controlling their spending.

Some people simply can’t control their spending. Installment debt, auto loan, credit card bills, and other loan payments ultimately spiral out of control until the borrower can’t even make the minimum payment on each kind of debt.

When that person cannot gain access to funds from friends or family or a debt-consolidation loan, bankruptcy is frequently the inevitable alternative. In these cases, a bankruptcy attorney like Stone Rose Law is often needed.

Statistics show that debt-consolidation plans generally fail for numerous reasons, and frequently only delay filing of bankruptcy. Home-equity loans can be good solution for unsecured debt, but once it is depleted, a reckless borrower can face losing their home if they cannot make that payment as well.

When a marriage is dissolved, the financial strains are not. In fact, they become much worse. The legal fees for a divorce alone can be astronomical and after that comes division of assets, child support, and/or alimony.

The Advantages of Cryptocurrency in Live Online Casino Games

The legal fees that come with a divorce are often enough to cause some to file for bankruptcy. Add to that the garnishment of wages brought on by the weight of debt incurred by the above is often too much to bear.

Loss of property due to theft and natural disasters such as hurricanes, earthquakes, floods, and tornadoes for which many are not insured can drive some into bankruptcy. Homeowners are often unaware that separate coverage is required for certain events, like earthquakes and hurricanes.

When a person does not have coverage for this sort of threat may face the loss of their home and possessions. Not only do they have to pay to replace these possessions, but they must also obtain immediate shelter and food.[adsense]

There are numerous reasons why honest hard-working people are forced to declare bankruptcy. If you are contemplating bankruptcy, you should seek a

Those who are studying this option should seek a credit counselor before opting for this alternative. But there are times when bankruptcy is the right choice, and it is essential you find an attorney who specializes in the field.

Some questions to ask a financial advisor include:

What added advice would you recommend to people who are struggling financially and considering bankruptcy as a possibility?

Next
Can I Sue if My Relative Suffers Emotional Abuse in a Nursing Home?