Sergey Tokarev from Roosh: There are challenges for Ukrainian IT when the war is over 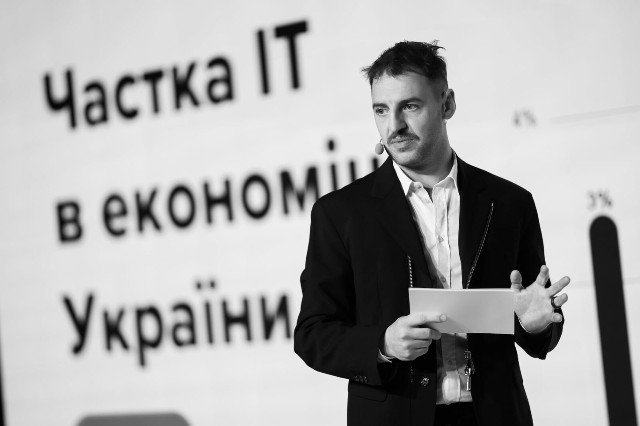 At the moment, when Ukraine suffers from war and blackouts, the country’s economy has harsh times. However, Ukrainian businesses look forward to the moment when Ukraine wins the war and everything turns for the better. As Roosh Founding Partner Sergey Tokarev mentioned recently in his interview with Ukrainian IT media, the local IT industry expects tens of thousands of qualified IT specialists to come back, so their skills and desire to rebuild Ukraine’s economy can push the development of the country. Yet, there might be also some challenges on the way.

Sergey Tokarev names a few challenges that Ukrainian IT faces already now. The first one is that foreign investors do not want to invest in the tech sphere unless the company’s team is located in a safe place. Even though some of the cities are considered relatively safe regarding the shelling, blackouts, unfortunately, affect the whole country. That, of course, has quite a negative impact on productivity and the general possibility of working in Ukraine.

Another challenge that Ukrainian IT might have in the future once the war is over and the ban for men to cross Ukraine’s border is lifted is that Ukrainian IT specialists might relocate abroad following their company offices that have relocated earlier after the full-scale invasion started.

At the same time, Sergey Tokarev points out that the Ukrainian tech industry expects positive tendencies as well, and they might overshadow the challenges.

During the summer of 2022, when Kyiv was considered a relatively safe place, lots of people came back to their homes. According to Tokarev, once the war is over, there will be even more people who would want to come back to Ukraine. Not only the refugees that had to flee after February 24 but also those who emigrated in the 1990s and early 2000s. During the past 10 months, they were helping Ukraine enormously, and they might want to contribute to rebuilding the country’s economy as well.

There might also be a lot of foreigners who would like to visit, work, or invest in Ukraine after the victory. Tokarev believes that many players in the global IT market will also want to be present in Ukraine. Plus, Ukrainian specialists will be able to become part of the global tech labor market, be it by working in foreign offices in Ukraine or as outsourcers.

Another tendency that one can observe already now, is better and deeper cooperation between the state and the IT sector, especially regarding Artificial Intelligence and military tech.

And for those who are thinking of joining the IT sphere now, Sergey Tokarev suggests considering the specialties of engineers (especially hardware) and product managers. There is a shortage of these specialists right now not only in Ukraine but also worldwide.

Sergey Tokarev is the Founding Partner in Roosh, a group of AI\ML companies. Roosh includes many AI/ML projects, such as venture studio Pawa, AI HOUSE, startups Reface and ZibraAI,  Roosh Ventures, SET University, and research startup Neurons Lab which develops AI-based tech solutions. The latter is a new project for Roosh, as it bought a non-controlling stake in the startup this year, so it became the first project that Roosh has invested in since February 24, 2022the beginning of Russia’s full-scale invasion of Ukraine.

Next
Urgent Essay Writing Service: How to Get Your Essay Done Fast