Why I Think Arqit Ltd Is Seriously Underrated 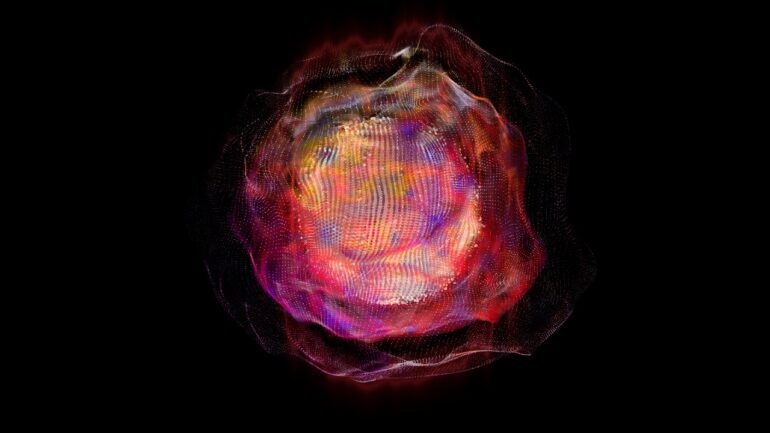 I recently stumbled across quantum encryption experts Arqit ltd and I honestly couldn’t believe I hadn’t heard of them before. Put simply, the work they are doing could have an enormous impact on pretty much every aspect of our lives. So, determined to make sure more people know about this company and what it is doing for us, I decided to write a blog about it.

Arqit is a quantum encryption company, which means that they employ the same technology used in quantum computers to encrypt data, keeping it safe from cyber criminals.

It is a company that, for the past couple of years, has been flying under the radar. But now it seems the team behind it are finally opening up about what they do. And honestly I think they deserve way more attention than they are getting right now.

Arqit’s product, QuantumCloud™, allows users to protect their data by encrypting it with special ‘keys’ that basically make it unreadable. So, even if your data did fall into the wrong hands, the criminal in possession wouldn’t be able to read it. All this without any delays to your data transfers — pretty impressive stuff!

But, despite its enormous potential, QuantumCloud™ isn’t the best thing about Arqit. Arguably, the company’s best feature is its willingness to share its innovations with other organizations with the same aims. Through partnerships with organisations like Virgin Orbit (Virgin’s space exploration company) and Dentons (a renowned international law firm), Arqit’s technology is being implemented across the world to improve security and help keep us safe. In the rest of this blog, I am going to explore the QuantumCloud™ product in a little more detail, then highlight some of the most exciting partnerships Arqit is working on right now, and explain why they are the reason to be buzzing about this company.

A little more on QuantumCloud™…

The product is basically a piece of software that can be downloaded onto any connected device – mobile phones, computers, tablets, even smartwatches. It provides the user with an encrypted cloud storage system — this way, no matter what files people upload to it (work documents, personal photos, etc.), they will always remain secure and private. Arqit has stated that one of the reasons they developed this product was to help overcome some of the challenges people face when using public cloud storage systems. In their own words: “By eliminating reliance on third-party service providers, our customers can be confident their data is not subject to subpoena or other legal processes.”

Arqit has recently announced that it will be working with Babcock, an engineering firm specializing in defense and aerospace technology. Its QuantumCloud™ product was chosen to underpin the organisation’s new cyber security solutions. In other words, it is being trusted to keep sensitive information about national defence and aerospace developments safe from hackers. Serious stuff, right? This is just one example of how far Arqit’s reach extends in cyber security, but there is so much more.

Arqit’s partnership with Dentons, a law firm specializing in all kinds of legal services, is another example of the company’s far-reaching cyber security work. Dentons currently act as advisors for some of the world’s largest financial institutions. In the legal world, they are kind of a big deal. Through this collaboration, QuantumCloud™ will be used to secure incredibly sensitive information about legal cases, some of which could literally bring down an organisation if it got into the wrong hands. More serious stuff!

More ‘one for the future’, but an exciting partnership all the same…

Advantages Of A Digital Home Telephone

Arqit was recently announced as a partner by Virgin Orbit, Virgin’s aerospace and engineering company. Virgin Orbit will be launching two low earth orbit (LEO) satellites, both of which will be supporting the QuantumCloud™ product (hopefully making it faster, better, and more efficient). There may then be subsequent launches later down the line, too. And it is a big deal. From the sound of the interviews, it would seem like even those internally at Arqit seem to understand that this is an incredibly important milestone for the company.

Arqit has been working tirelessly behind the scenes to provide cyber security solutions that are accessible to everyone and anyone — from large multinational defense companies to smaller businesses. The organisation’s potential for future growth and expansion is huge, so it is definitely one to keep an eye on. Plus, due to the unique and unparalleled nature of the product they have, the Arqit team have got it pretty much made.

I have covered some of the big partnerships today, but I haven’t even needed to explore all the high-profile support they have garnered. Arqit has already begun working on many projects with international governments, national defense organizations, and financial institutions — all of which speak volumes about its potential future growth.

In summary, they may not be well known just yet, but I think that’s about to change. As we find out how much of our lives we currently owe to its technology, Arqit will undoubtedly rise in fame.

Next
8 Secrets To Looking Great In A T-Shirt