Why Are SUVs and Crossovers so Popular? 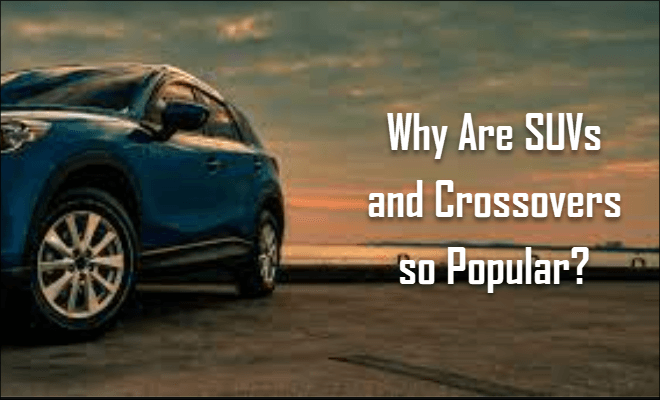 SUVs and crossovers alike are currently the best-selling types of vehicles in the USA and many other countries for that matter. But why is that the case when sedans, hatchbacks, wagons, and even pickup trucks have served us so well for so many years?  Well, peruse the reviews of the top SUVs in America and you’ll quickly see that these motley cruisers deliver everything that those conventional vehicles do but with all their qualities intuitively merged into one, complete package.

Many do perform better in certain aspects than others, however, as they’re purposed for particular tasks or slot into particular categories to cater to a wider range of appeals – the Lamborghini Urus, for example, is a high-performance SUV aimed at the driving fanatic, the Jeep Wrangler a 4×4 legend for the avid adventurer, and you probably don’t even have to read the Chevrolet Suburban review to know that it’s a premium, high-end luxury cruiser. So what are the defining characteristics that most SUVs and crossovers carry:

These are the core qualities that define the top-rated crossover SUVs in the segment:

Now that you know the ins and out of SUVs and crossovers, the question remains – if you’re in the market for a new car, should you get one of these motley cruisers or should you stick with the tried-and-tested? Maybe this list of the general advantages and disadvantages SUVs and crossovers tend to bear will help you make that decision:[adsense]