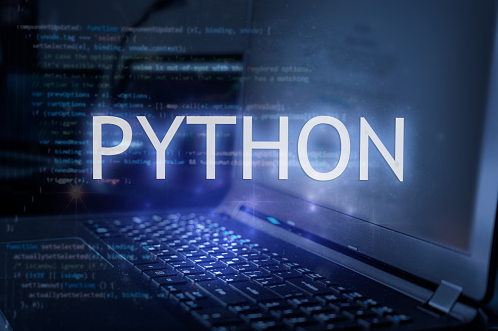 The way we program computers is constantly evolving. The future programming language will be vastly different from the current most popular languages, and this article explores how that might look. The IT industry is constantly evolving, and developers must always be up to date with the latest trends. Python, a language created in 1991 by Guido van Rossum, has become one of the fastest-growing programming languages for IT professionals today. With more than 10 million users worldwide and increasing demand for Jobs with Python, it is likely to be the IT pro’s choice in 2021 as well!

Python is the next big thing. The programming language has seen a meteoric rise to fame over the past decade, and there’s no reason why it won’t continue growing. According to StackOverflow, it has already replaced Java as developers’ favorite language, so what else makes it so special?

To start with, Python is an incredibly readable language. Its readability was one of the reasons for its rise through the ranks at Google – the company announced that they would be using it extensively back in 2009. How can you program computers if you don’t understand how your code works? Unlike some other programming languages where debugging might take a while because of how cryptic everything looks, Python allows users to identify potential errors without guesswork quickly.

Python is also beneficial for beginners, as it allows them to code without worrying about many of the complex features found in other languages. For example, have you ever heard anything about “polymorphism” or “reflection”? If you haven’t, then programming with Python could be great for you! It’s an excellent language until the point where developers become comfortable enough with its structure to transition into something more intense. Once they’re ready to go there, they can simply switch over to another language.

Another reason for Python’s popularity is how easy it is to learn. A lot of coding languages are hard to master because they are built on decades’ old programming paradigms that have long since evolved into something entirely different. Python, on the other hand, was designed to be as beginner friendly as possible. There’s no need for years of computer science knowledge – if you can code HTML, CSS, and JavaScript (all of which are based on C syntax), then you already know enough to start working with Python through an online course like this programming course, Codecademy or Udacity’s Intro to Computer Science.

Python might not seem advanced compared to some other languages (looking at you, Go), but its versatility more than makes up for it. It’s not only used for web development – it’s also providing the back end to more and more games, scientific computing, and of course, programming (a lot of DevOps engineers swear by it). Due to its wide use, it also means that programmers can transfer their skills elsewhere. If a programmer understands Python, they can then go on to learn all about high volume IC programming. This allows the programming of computer chips in a wide range of industries, from the automotive industry to the medical equipment sector.

Another reason why Python is the top programming language in 2021 is that it’s open-sourced. Being available to the public means that anyone can contribute and make improvements to the code, which in turn leads to faster development and better programs. Some famous examples of successful open-source projects include WordPress, Android OS, Firefox, etc. In addition, it is constantly being updated by Python Software Foundation and the GitHub community, who together ensure that it will continue to evolve with time.

Python also has powerful frameworks such as Django, Flask, and Bottle that allow easy development of web applications. There’s no need for all those complex server configurations – install the framework and start coding! The Python Package Index (PyPI) is another reason why it’s so popular – there are over 45 thousand libraries available for developers to integrate into their projects quickly. All of this makes python a great choice for beginners and experienced programmers alike, which means its popularity won’t be going anywhere any time soon.

Python tops the list of the best programming languages for many reasons. First and foremost, it is simple to learn and code in, but at the same time powerful enough to be used for complex software such as Google Maps and YouTube. It is also versatile – its uses range from building web applications using frameworks such as Django or Flask to powering games such as EVE Online right through, to creating computer simulations for NASA.

Perhaps most importantly of all, however, Python is open source. This means that anyone can contribute to the project by making suggestions or offering fixes for bugs they discover. The vast number of libraries available on PyPI make it incredibly easy for developers who are used to working with other languages (such as C# or Java) to get started with Python without any hassle.

This is why it’s no surprise that the latest Stack Overflow Developer Survey rated Python as the top programming language for 2018 and beyond – there are countless reasons why it’s so popular, not least of all the fact that it’s open-sourced! If you’re interested in learning more or brushing up on your skills, then check out an online course like Codecademy to get started with Python today.

In conclusion, Python is being used in a wide range of industries, from gaming to big data. It’s also incredibly beginner-friendly and open source, which means that it has all the ingredients needed to be the top programming language in 2021! With such a wide array of uses, Python is definitely here to stay.

Previous
How to Make Business Analytics Work for You