The Most Popular Game Genres for Smartphone 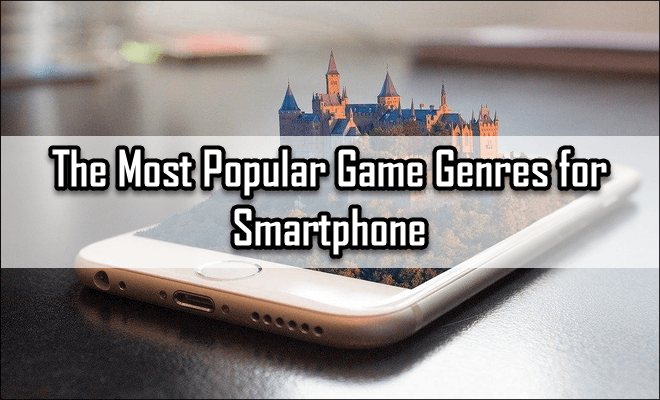 Almost everybody owns a smartphone. It is always with them and even on the go, people are turning to their smartphones for entertainment. Indeed, a lot of people are playing games on their mobile devices. It has become a popular platform for a variety of games, from car racing to arcade games.

What are the most popular game genres for smartphones? Let’s take a look and find out.

One of the most popular types of games smartphone users like to play is puzzle games. Whether people are on-the-go and want to be entertained or simply enjoy exercising their brain, they turn to puzzle games for a challenge. For example, games like Bejeweled and Candy Crush are popular, requiring the player to think and beat different levels. In particular, this is a game genre that players spend the most time on, as well as attracting players of all ages.

The golden age of arcade games was during the 1970s and 1980s. But, it is a game genre that has made a comeback and it has transitioned onto mobile. In other words, gamers can enjoy playing their favorite arcade games in the palm of their hand. For example, it is not possible to play games like Pac-Man and other classic games using touchscreen smartphones. Indeed, arcade games are often a genre that do not get boring and players want to beat their high scores. Other popular game titles include frogger, Space Invaders, Tetris and Galaxian. Arcade games can be available on Android and Apple devices.

The next genre that is popular is casino games. Technology means that you no longer have to leave the house to have fun. Indeed, those that like to visit casinos are not turning to online gaming to play their favorite games whenever they want to. This includes poker, slot machines and other card games. While online casino games first started out as fun, there are now real money games available to play. In other words, players can make deposits to play games and they can win real money that can be withdrawn. Online casino games offer the Las Vegas experience from home. You can choose to play against a virtual dealer or other players. There are even live casino games now that can give you a more realistic experience.

People have always liked car games and they were one of the first games to be played on the smartphone. There are many reasons why they are popular. For example, they can be competitive and fast-paced, causing a lot of excitement for players. They also have an addictive type of play that keeps people engaged and wanting to compete again. But do not be fooled. Racing games on a smartphone can be really challenging. This is due to being a touchscreen and often it can involve tilting and moving your smartphone around in order to steer a vehicle properly.[adsense]

Let’s not forget to add strategy games to the list of the most popular game genres for smartphones. This is a genre that is very popular across different gaming platforms, including smartphones. People like to be challenged and have to think when they are playing games, whether this is building an empire or working out the best move in a game of chess. This genre is very wide and there are a lot of options for players on smartphones. Strategy games are a good way to challenge your mind and stay occupied when you are on-the-go and trying to pass the time.

Next
How to Choose an Online Casino