Looking For A Big Paying Job In Web Design? Here’s How To Get Started 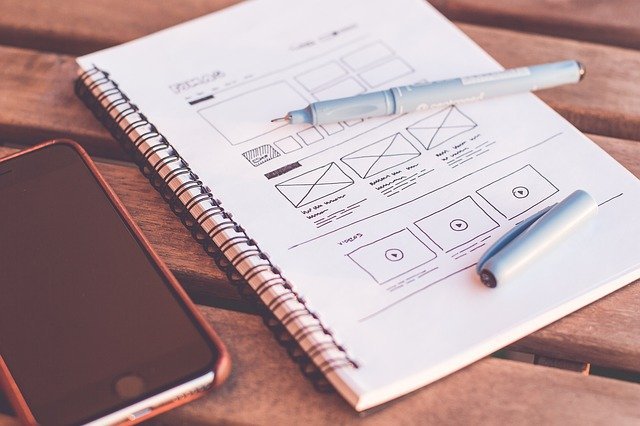 It’s easy to sit back and look at the progression of human technology and marvel at what we’ve accomplished over the years. From simple stone tools to telescopic satellites that can view a name tag from space, we’ve advanced exponentially in a relatively short time. And this can be seen in modern web technology as well.

It’s hard to believe that it was barely 40 years ago that the Internet was officially born in January of 1983. And since that time, our web interfaces have undergone massive shifts, all due to the work of web design professionals, particularly that of UX and UI designers.

But what is UX and UI design, and how do you land a job in one of these lucrative fields?

If you’re interested in starting a career in UX or UI design, the following will provide some helpful advice.

What Exactly Do UX and UI Designers Do?

At a basic level, web design might seem to include banners, colors, text, and a few clickable radio buttons. But much more goes into a web design than what you might believe.

UX design relates to the User Experience (UX). Essentially, a UX designer works to make a product enjoyable or “user-friendly.” On a larger scale, UX designers also collaborate with other design and marketing teams in order to make the experience of an app or a product the best possible for a client’s target audience.

In the world of design, a user-interface (UI) is what we all look for when purchasing a product. And this is where UI design skills are important. Additionally, though many UX professionals double as UX/UI designers, the two contain different processes.

UI designers work to develop all of the screens and visual design elements that enable movement from screen to screen on an app, website, video game or other front-end facing interfaces. As such, UI designers need a healthy understanding of human behavior, especially as it relates to computer interactions.

If you’re looking to choose a UX or UI career track, there are many options for acquiring the necessary skills to get into the world of UX/UI design. And while you can spend many years of your life in school learning, you can also get your foot in the door relatively quickly as well.

A UX/UI bootcamp is usually the first stop if you want to fast-track your career in the world of UX/UI design. And this is where you’ll learn the basics of coding, design planning, production design tools, front-end development, and many others.

Though a bootcamp can prepare you for many jobs in the world of UX and UI design, continuing education in these fields is critical if you want to keep your knowledge and skills relevant due to the ever changing nature of web technology.

Many UX/UI designers work on a freelance basis, or they’re employed by large tech development companies. Either way, most of the top-earners in this field command salaries anywhere between 70,000 and 115,000 dollars per year. But in order to reach this level, many UX/UI designers major in some field of computer science.

Be Spellbound by The Magic of Cisco CCNP Certifications Oh Cisco… How Do You Do It?

At the college level, you can earn an AAS degree in digital design or other technical fields. And this will prepare you for a variety of jobs in UX or UI design. Or you could pursue a Bachelor’s degree in computer science and web design, which will take at least 4 years to complete.

You should also note that those with Master’s degrees in computer science typically hold the highest earning power, but this usually takes at least 6 to 7 years of schooling.

UX and UI design can lead to lucrative and rewarding careers. And you’ll be on the cutting edge of web development technology. But having an understatning of computer science and human to computer behavior are two essential skills that you must possess to be successful in this field.

Previous
Hit the Bulls-Eye: Become a Web Developer with these Simple Yet Effective Steps

Next
How Do You Become A Python Developer And A Great One?