Introducing the New and Faster Version of Wi-Fi 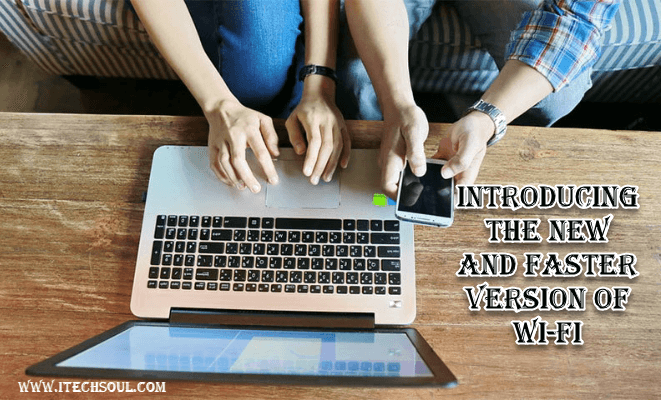 The good news is that a new version of it has been officially introduced, if your home Wi-Fi is stuck with Internet speed. WiFi Alliance announced Monday that it is launching companies to give Wi-Fi 6 certification, meaning that the group will now set standards for Wi-Fi 6 devices. But what’s new in Wi-Fi 6 that sets it apart from the current Wi-Fi 5?

Wi-Fi 6 is a new version of the same WiFi that you have been using for years, but it is a faster and more useful version, such as the mobile Internet which went from 3G to 4G and now the 5G era is starting. Fi technology has gradually improved over the years.

Since nowadays 4 movies are streamed but also the entire video games are playing on the internet, the improvement in Wi-Fi is no surprise.

The important thing is that Wi-Fi 6 will provide users with a much, much faster internet speed, and according to a test site called Cnet, this new version is one thousand percent faster than the average download speed in the United States.[adsense]

That is, HD movies can download in seconds or minutes while Wi-Fi 6 will perform better even in the most crowded places, where multiple devices are connected to one network.

Will it work on existing devices?

In fact, this is not possible right now because Wi-Fi 6 is still in the early stages and devices will need to take care of the standard set for it. Companies such as Samsung Galaxy S10, Galaxy Note 10 and iPhone 11 have Wi-Fi 6 standard support.

As mentioned above, download speeds in Wi-Fi 6 will be faster than 1000 Mbps, but most home networks do not support such speeds, which means if you buy a Wi-Fi device, If the Internet package only works at 200 Mbps, it will be something like a 5G phone that will be used on the 4G network, which will work and will not disappoint, but from past experience. Nothing will be more different.

In fact, the full spread of Wi-Fi 6 will take some time as it requires infrastructure, but it is important that the Internet world is moving fast.

Previous
Efficiently and Easily Manages Files Across Multi-Clouds for Free