How Robots Can Help Save Money on Education 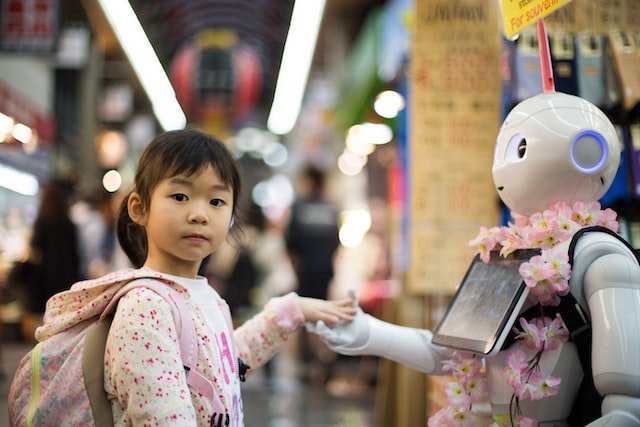 Robots are all around us. You don’t have to be an engineer to understand the promise of this technology. More and more entrepreneurs are recognizing the importance of such digital solutions. Only some of them look like human bodies, and hundreds of innovative systems do not even look like what people expect from robots. Most of such equipment is controlled through cloud platforms for IoT. So, digitalization is a task for professionals.

Without even knowing it, people use automated equipment every day — in science, medicine, manufacturing, and other areas. The first robots for children’s education appeared quite a long time ago. Now, such innovative systems are based on IoT. In 2009, a virtual assistant was created in Japan to teach elementary school children a complete subject. Let’s figure out in detail what are the prospects of this technology in general and how closely such equipment is connected with cloud platforms.

In addition to robots for specific actions, there are also autonomous systems with Artificial Intelligence. Such equipment can be used for training. The best example of this niche is Nao which is used not only in elementary schools but also in educational institutions around the world. It’s a virtual assistant that is self-learning and can be customized for various purposes. In 2012, Nao was tested in England at a school where children with autism studied. But this is not the only case, the developers did not stop there.

One of the most famous prototypes is the Ubtech Lyn equipped with Alexa. It’s a virtual voice assistant created by Amazon. With such a system, people can control smart gadgets using a voice that gives them a feeling of comfort. Users can have conversations and chat about the weather, news, and recipes. Ubtech Lynx uses facial scanners to recognize people and call them by name to give instructions on yoga and some sports. It’s really impressive.

Designed to interact with people, such systems partially or completely look like the human body. Social robots are mainly used for marketing. They have one screen with eyes and mouths that mimic a human face. The use of such equipment is the best solution to attract potential buyers.

To a limited extent, humanoids are also able to recognize and analyze social behavior. One of the most famous versions is Sophia, a product of Hanson Robotics. This robot can answer questions and chat with 50 facial expressions — joy, confusion, sadness, curiosity, and more.

Digitalization and automation are the backbones of the scientific and technical process. In the 1980s, the vision was that every consumer in 50 years should have household robots — for mopping floors, vacuum cleaners, and lawnmowers. Such equipment is designed to make our lives easier by doing the housework for us. Now the importance of automation has increased even more. Here are the main benefits of implementing IoT and various digital solutions:

If you want to create cloud platforms for IoT and implement automation with 100% efficiency, you should contact a professional. The services provided by Euristiq allow people to take their businesses to a whole new level. Call our manager to discuss the details of cooperation. The employees of Euristiq are always ready to help you.